Our Highway 75 corridor serves as part of the US highway system and as our main street.

We want a corridor that will safely serve our community and visitors, offer safe pedestrian use and welcome travelers to our thriving community.

We are working with the Iowa DOT on a design that would change Highway 75 in Sioux Center to an enhanced 4-lane roadway. This design features two lanes of travel in each direction with medians and a center turn lane. 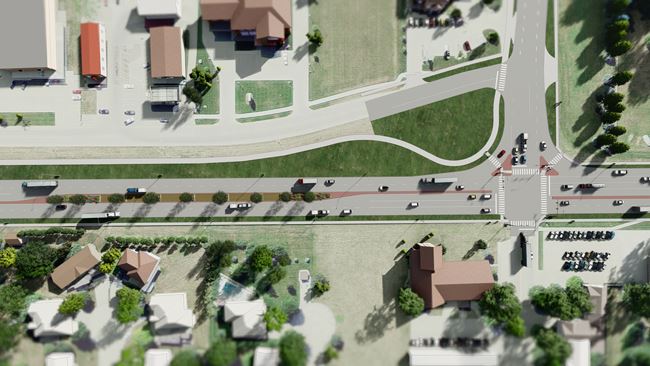 Click on the above image to see Phase 1 Concepts.

Proposed speed limit changes on the corridor include: 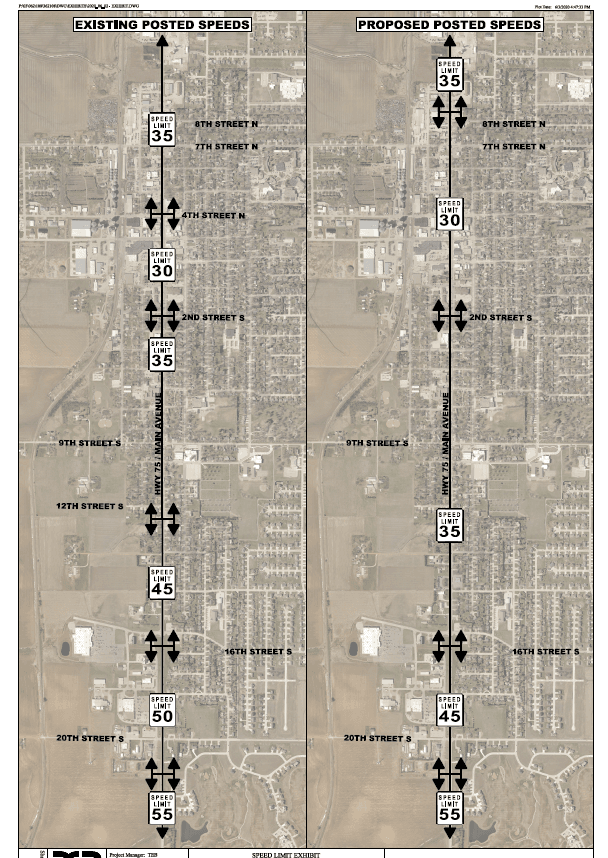 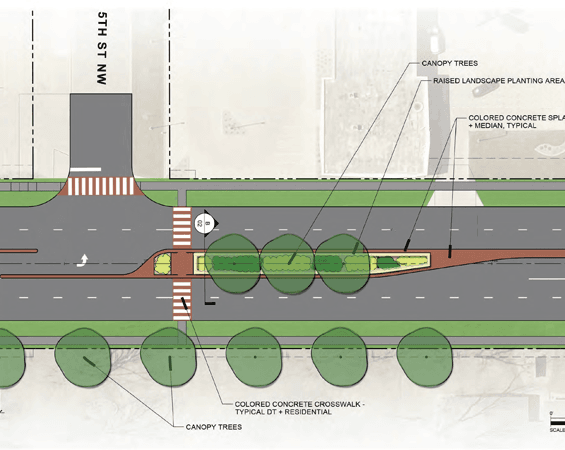 Click or tap on above image to view concepts.

Click on the image below to view roadway design concepts shared at Public Information Open House on April 20, 2021. 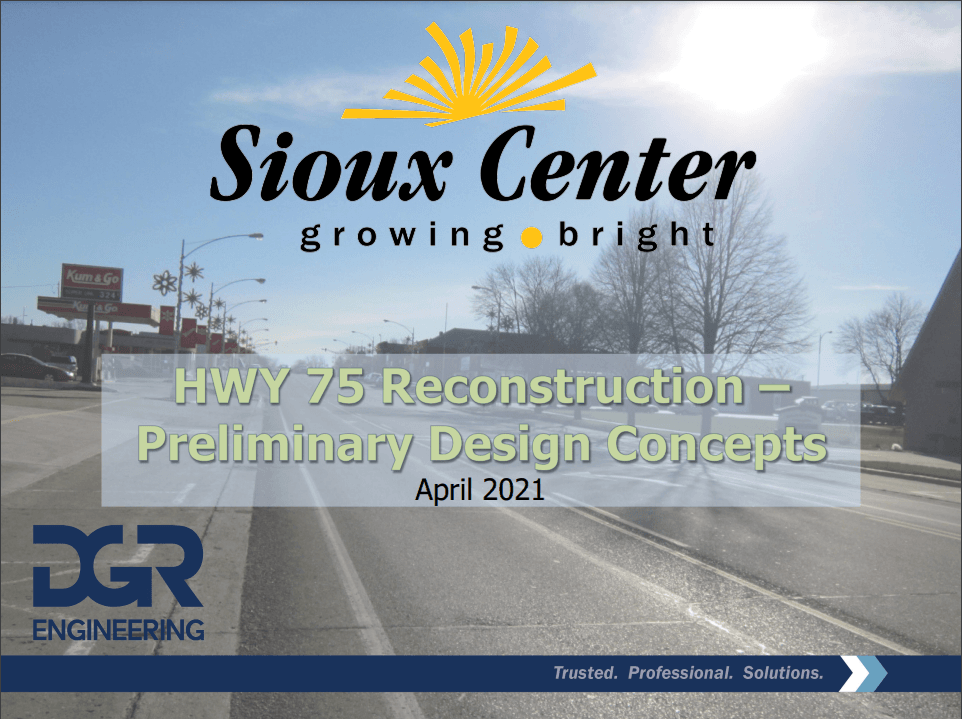 Landscaped medians calm traffic and create a safe zone for pedestrians crossing the street. They also decrease the number of conflict points where traffic turns. Streetscape is being designed with a focus on visibility and safety.

Rapid-flashing beacons are planned for about 10 pedestrian crossings along Highway 75. Crossings will be painted, and some crossings are planned to have colored concrete in central Sioux Center. Sidewalks are part of the total design, running along the most of the 2.5-mile project.

For years to come

The City and project engineers developed a design based on safety and how the highway can best function and serve the community today and 40 years or more from today, the anticipated lifespan of the road design.

Highway 75 is our community's front door. Streetscape elements will create a welcome impression and a theme that carries through the community.

What does this project include?

The 2.5-mile Highway 75 reconstruction will be nearly end-to-end in Sioux Center. It will replace deteriorating pavement and rebuild it in a safety-based four-lane design to serve the community for decades.

Why is Sioux Center replacing Highway 75?

The aging pavement and sub-layers of Highway 75 are deteriorating - some of it dates back to the 1930s. The City of Sioux Center wants to replace it in a design that focuses on safety, function and showcasing Sioux Center's character. The Iowa Department of Transportation has agreed to partner with the City on reconstructing this road and has committed more than $25 million toward this project. This partnership allows the City to have a say in how the replaced pavement will be designed.

How does the new design promote safety?

The new design includes median throughout the project. These medians limit left-turn conflict points where vehicles cross traffic, create a traffic-calming effect, and provide pedestrian safe havens at several crossings. Rapid-flashing beacons are planned for about pedestrian 10 crossings. A new stoplight is planned for 20th Street South (near Pizza Hut).

Why does the design include medians?

Medians are designed to promote safety on this busy roadway. They limit conflict points from vehicles turning left and crossing traffic, create a traffic-calming effect, and provide pedestrian safe havens at several crossings. The design also includes several locations for vehicles to make a U-turn from a protected turn lane to visit locations on the other side of the roadway.

Where will there be sidewalks?

New and replaced sidewalks are planned for nearly the length of the project, starting at 20th Street South and stretching north to about 11th Street North.

Who is paying for this project?

This is a shared project between the City of Sioux Center and the Iowa Department of Transportation. For Phase 1, the Iowa DOT is paying about $9 million and the City is paying about $2 million. Phase 2 is set up to be an 85% DOT/15% City split for roadway construction, with the city covering utilities, lighting, and engineering costs and the DOT covering right-of-way costs.

Ideas and comments shared by the public have influenced current concept drawings. Thank you for your ongoing feedback through the community open house and Highway 75 surveys. The city will continue to seek public feedback throughout the design process.

First Phase of Highway 75 Reconstruction Ahead

Next Steps for Highway 75 Redesign Discussed

Highway 75 - Looking Down the Road